PUMA re-entered the world of basketball in a big way in the past week. The brand began their NBA draft early, starting by signing their original signature athlete, Walt “Clyde” Frazier, to a lifetime contract. This was a great homage to a legendary player, and a good way to show commitment to the brand’s history in basketball. 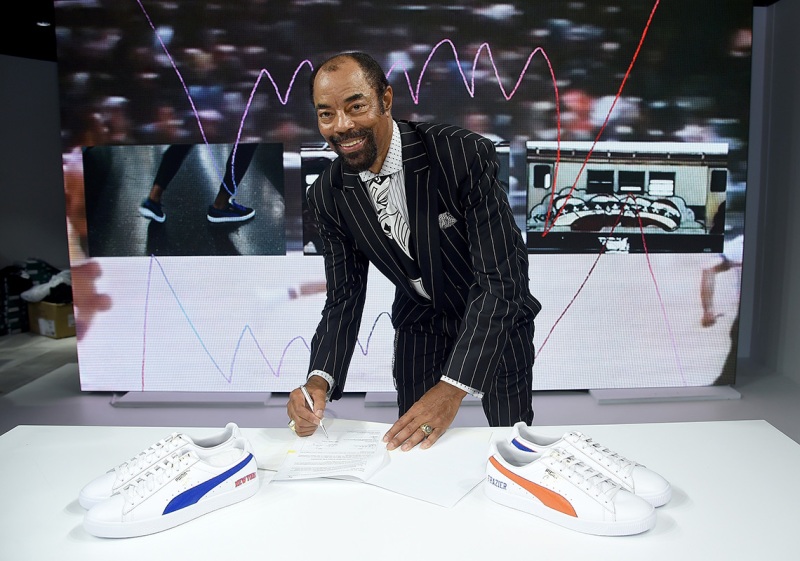 PUMA has seen its cultural relevance grow in the United States due to collaborations with Rihanna and Kylie Jenner. The brand continued this practice in a big way by naming Jay-Z as the new ‘Creative Director’ for Puma Basketball (originally misreported as President). This partnership seems to have a lot to do with Roc Nation, Sean “Jay-Z” Combs’s entertainment agency. The first two athletes signed to Puma Basketball were Rudy Gay and Skylar Diggins- both signed to Roc Nation.

“We’ve been working with Roc Nation for quite some time. They’ve been great partners to us for several years. We’ve done many different deals with many different ambassadors,” Adam Petrick, PUMA’s global director of brand and marketing, told Complex.  While Jay-Z’s true influence on Puma’s brand direction is unknown, he’ll serve as an integral face for the brand as it attempts to be a culturally-focused performance line.

The signing of Roc Nation athletes Rudy Gay and Skylar Diggins was just the beginning for PUMA Basketball, however. The brand made a massive investment in Marvin Bagley- signing him to the largest footwear contract since Kevin Durant’s rookie contract years ago. After Bagley, Puma brought on predicted first round pick Deandre Ayton, followed by Zhair Smith and Michael Porter Jr. All are projected lottery picks. Will this massive investment in the 2018 draft class pay off PUMA? What do you think?